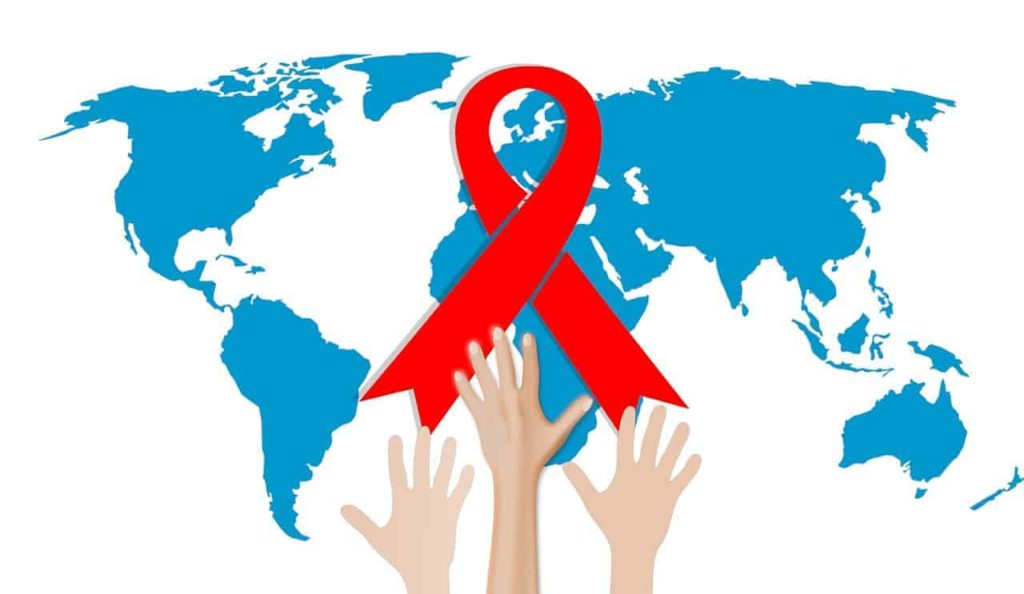 Is aids an autoimmune disease?

Aids simply stands for acquired immune deficiency syndrome. As regards the question is AIDS an autoimmune disease? The simple answer is no! It is the direct opposite of an autoimmune disorder. It is an immune system deficiency, which acts in such a way as to make the body vulnerable to certain infections that would not cause any illness ordinarily. Immune deficiency outside of AIDS is not common; however, it is one of the features of cancer-related treatments.

What’s The Fuss About Autoimmune Diseases?

It must, however, be noted that there is a huge difference between acquired immune deficiency syndrome and autoimmune diseases. Even though they share a similarity in terms of symptoms, they do have definite differences between them.

Over a million Americans are victims of the AIDS scourge. And unlike what is obtainable with autoimmune diseases, AIDS is a situation that is limited to the immune system of humans. It is directly caused by HIV which is primarily spread through unprotected sexual activities, blood transfusion and the sharing of needles. It is however worthy of note that bodily fluids such as saliva do not lead to the spread of HIV.

What Are The Symptoms Of AIDS?

at the initial stage, you may not observe any noticeable symptoms and even when it progresses, it may not be all that noticeable. One may be in this state for months and even years. However, during this time, the virus will rapidly multiply and start damaging the cells that are designed to attack infections.

The moment the immune system is weakened, the victims begin to experience certain conditions such as fatigue, skin rashes, fevers, memory loss, yeast infections, and herpes. In the case of AIDS which is the peak stage of HIV, almost all the organ is greatly affected.

Some of the more common signs of this condition include cough, seizures, confusion, vision impairment, painful swallowing, confusion coma, and nausea.

Is There Any Cure For AIDS?

As in the case of UC and Crohn’s, there is presently no cure for HIV. One thing that can, however, be handled is the speed of its progression using antiretroviral solutions. By using treatment, people should be able to live their lives normally.

One of the major misconceptions associated with HIV is that it is easily transmitted through non-sexual, casual contact. The simple truth is simply that semen, blood, rectal fluids, and breast milk are some of the fluids through which the virus can be picked up. Please note that HIV cannot be contacted via saliva or tears.

What Should You Know About Autoimmune Disease?

The aforementioned list is by no means extensive. There is also the possibility of having more than one of these conditions per time. Treatment for autoimmune diseases varies from one person to the other. Also, the severity of these conditions tends to vary from one person to the other. Due to these factors, it can be quite difficult to ascertain the right treatment.

Autoimmune diseases are generally not contagious; however, they can run in the family. The origin of this disease is not yet known, however, it is thought to have roots in the genetics of the person. The good thing is that people who have autoimmune diseases can live normal lives.

There are however several complications arising that could prove to be quite fatal. Many would have died if not for the treatments available.

How Can You Prevent Autoimmune Diseases?

Having a healthy immune system goes a long way in protecting one from certain harmful viruses, bacteria, and other dangerous agents which lead to illnesses. When you are eating the right food, exercising is avenues through which you can avert autoimmune issues. Here are a few tips that should help protect you from autoimmune conditions.

Consuming healthy foods assists in lowering inflammation, promotes digestion and helps in balancing your hormones. When you make use of flora, your gut usually gets healed and resolves issues of deficiency in nutrition. If you have a properly functioning digestive system and stable hormones, you should be able to prevent autoimmune disease.

A keto diet helps in igniting ketosis by just consuming moderate protein, high-fat as well as low carb foods. This diet technically is made up of 70% fat and 25 percent protein and about 5 percent carbs.

Fasting helps improving sensitivity to insulin, increases energy levels and boosts metabolism. Avoiding dinner a few times while eating during the day helps out, you may also want to try out a 15-hour no eating routine during meals.

Cold showers have a way of relieving stress. It does this by forcing the body to work hard to burn calories and keep warm. Also, it assists in triggering healthy brown fat that eliminates harmful adipose.

Every human should get an average of six to seven hours of sleep each day depending on their physical state per time. Sleeping for less time than this goes a long way in affecting your immune system by activating inflammatory genes. This then exposes you to the risk of cardiovascular illness, and obesity. If you, however, sleep for at least 8 hours each day, you should be able to avoid such situations.

How Long Does It Take For Benadryl To Work?

By now, the answer to the question “is AIDS an autoimmune diseases’” should be quite clear to you. We have taken out time to explain the distinct features associated with both conditions. We have also established that both conditions do not have cures for now; however, they can be well managed.

How Long Does It Take For Benadryl To Work?

What Happens If You Use An EpiPen Without Needing It?