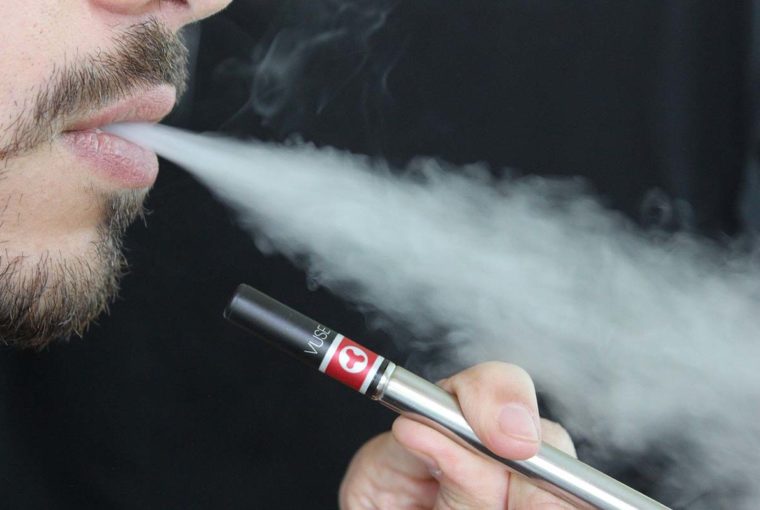 Nowadays vaping has captured the world. This habit has grown into a hobby and then into popular culture. Vaping for people is far more than a simple way to satisfy personal needs in nicotine consumption. Vaping has become a method of socializing and acquiring a business or personal contacts.

The importance of respiratory health can never be underestimated. Especially today, while the hectic outbreak of pandemic is capturing new territories daily, the stance of lungs and other organs of the respiratory tract is of highest importance. Statistics claim that the number of people with pneumonia goes through rapid growth daily.

The question of vape pen usage is one of the topical these days. People are interested in the risks it brings to the respiratory system and the possible ways to avoid them. The other issue to discuss is whether vaping influences the spread of coronavirus. Vape pens’ users are eager to know whether it is safe to be a vaper.

It has been quite a long time since scientists became interested in the way vaping influences lungs. Though vapingdaily vape pens are a comparatively new technology of nicotine consumption, doctors do research on its influence on human health. One of the first useful pieces of information about vape pens was the fact that it can negatively influence the human body.

It is true that the majority of people firstly perceived vaping as a completely safe alternative to smoking. Adolescents even managed to convince parents that this activity is completely ok and they can be allowed to use the best vape pens. Trying new flavors looked like a fun experience for teens.

Later on, it was discovered that even the best vape pen for e-liquid is hazardous and can damage all systems of the human body. Even immune, reproductive, and digestive systems, which is not quite obvious, get some harm from vape pens. The danger for the respiratory system is out of the question nowadays.

How Can Vaping Damage The Respiratory System?

The latest studies claim the harm can be immense. For example, a report dated 2018 released by National Academies of Science, Engineering, and Medicine gathered the conclusions of almost a thousand studies conducted by various independent experts. The main conclusion lied in the fact that in the vapor emitted by means of vape pens dangerous toxins are contained. These dangerous chemicals can cause various symptoms: starting from cough or wheezing and ending up with asthma or cancer development.

Another ugly truth is that e liquids are usually made from elements, which can turn into cancerogenes after being heated. As far as we know, heating is the fundamental principle of vaping activity and we get stacked into a vicious circle here. Studies also prove that acetaldehyde, acrolein, and formaldehyde are the most commonly used chemicals. Moreover, these chemicals are recognized as triggers of lung and cardiovascular diseases. In addition, acrolein can be a reason for asthma development.

Can Vaping Harm A Non-Vaper?

Theoretically, you can never be sure you do not consume the results of vape pen activity. Being surrounded by people, we all find ourselves in certain social situations, which presupposes our interaction with vaping devices to some extent. Some people become vapers, some get familiar with them as second-hand vapers. Being a second-hand vapor means being present when somebody else is vaping and inhaling the exhaled vapor yourself, which necessitates some harmful outcomes.

Firstly, the main point is that while inhaling the aerosol, a person inhales not only the toxins themselves, but also the bacteria that the vapor has just exhaled. It took scientists a long time to prove that vaping can cause grief consequences. At the very beginning, they managed to prove that being a vaper means to live with an increased level of serum cotinine. The fundamental point here is that we should not forbid our children to do everything they want but we have to educate our offspring so that they will be protected the next time.

Vaping As A Part Of Anti-Addiction Therapy?

It is also important to note that The Food and Drug Administration of the United States concluded vape pens are not safe; they are also ineffective as the means to quit smoking. The studies show that the majority of people after trying to fight nicotine addiction have just changed it. They either quit cigarettes’ consumption and become vapers or start using both practices – a usual cigarette and a vape pen.

To sum up, vaping can cause various types of irritation to the respiratory tract. The chemicals contained in e-liquid are powerful toxins that can cause cancer or other serious illnesses. It does not mean that every vaper is ill. It means that all of us have to be careful with the health our nature has given to us.

BLINK HEALTH REVIEW: EVERYTHING YOU NEED TO KNOW

WHY DO I FEEL LIKE I’M GOING TO DIE SOON?

Ways Of Coping In The Aftermath Of Trauma

David Huner is a health and fitness expert who has been writing on health and fitness related topics for a long time now. He is always careful about his own health and helps others to keep themselves fit as well. With his long term experience in writing health and fitness articles, he started this blog. So keep reading and get perfect tips and tricks regularly. He has written two ebooks and published on Amazon Kindle as well. Here are they: Happy Life Happy Career and Thoughts Create Reality