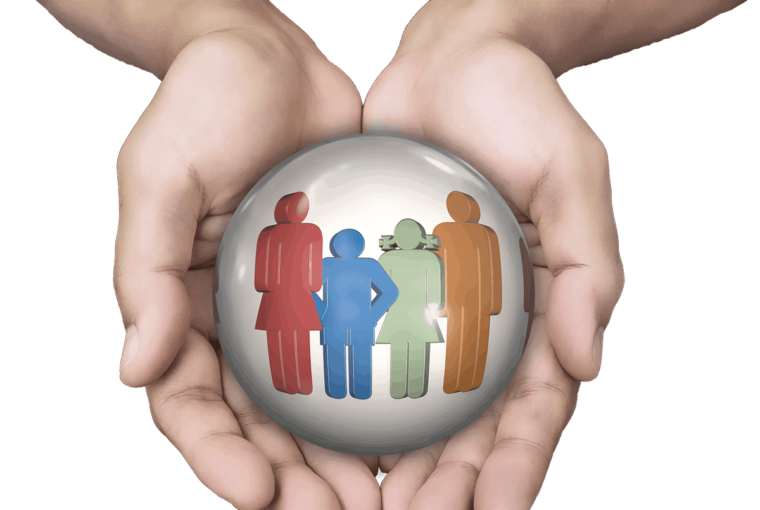 Health is a top priority for wealthy countries. That’s why many of these countries devote a considerable percentage of their GDPs to health care alone.

The truth is lack of quality healthcare can cause low life expectancy and poor quality of life. It can also hamper the productivity of the workforce.

According to the World Health Organization, for a healthcare system to be efficient and function well, there must be a consistent financing mechanism, coupled with a well-paid and trained workforce.

Here are the 15 most efficient health care countries.

Denmark runs a highly efficient healthcare system. Health care is free and easy to access in the country. In Denmark, life expectancy is 79.1 years.

In Denmark’s healthcare system, all citizen gets equal treatment. All Danes enjoy free health, funded by the government through taxes. There’s also one doctor for 294 persons in the country. Treatment is of high quality, and patients can choose their doctor.

Cardiovascular diseases and cancer are the leading causes of death in Denmark. They have the highest number of patients with cancer, but that record is due to Danish doctors’ ability to diagnose more cancer cases than doctors in other countries efficiently.

In Denmark, the mortality rate from cardiovascular disease has reduced by over 70%.

Other factors such as easy access to information, funding and short waiting time for treatment contributes to making Denmark’s healthcare system, one of the best and most efficient in the world.

On GP numbers, France scores high. The country also has private and state-run hospitals, which are highly efficient. Patients can choose which service or doctor they prefer to visit.

France has a lower infant mortality rate and longer life expectancy, thanks to the country’s robust and well-funded healthcare sector. Life expectancy is 82.27 years, one of the longest among wealthy nations.

When it comes to treatment, France healthcare system allows citizens to make choices. There’s no insurance company restriction on which doctor a patient must visit for treatment.

Everyone in France can access quality and affordable healthcare. It doesn’t matter whether you’re a tourist, resident or citizen.

In France, physicians per 1000 population are 3.1. Also, the government refunds 100 per cent of the money that long-term sick or poor individuals spend on treatment.

It’s no longer news that Cuba doctors are among the best in the world. A sizeable number of Cuban doctors go on international missions now and then. Doctor per 1000 population is 8.19, which is the world’s highest.

In Cuba, life expectancy is 72.5 years. Another intriguing fact about the nation’s healthcare system is that healthcare is a human right for all citizens.

There are no private hospitals in Cuba. It has government-run hospitals and several healthcare centers. Furthermore, healthcare is free for Cubans.

The Cuba government has a long history of providing quality care services to its citizens, with a focus on preventive care. Even before and during the communist rule, Cuba’s infant mortality rate and life expectancy were better than in most countries.

Healthcare in Sweden is by far, one of the best in the world. It’s mainly government-funded and universal for all Swedish. And there are private hospitals in the country, too.

According to a 2017 OECD report, Sweden’s life expectancy is the fifth highest in Europe. The average life span for men and women is 81 and 84 years, respectively.

The cancer survival rate in the country is also one of Europe’s highest. Again, the survival rate for heart attack victims is above OECD’s average.

Sweden’s spending on healthcare is the third highest in the E.U. – 11 per cent share of the country’s GDP.

The country boasts a well-established preventive care service. Another thing that sets the country’s healthcare sector apart is the short waiting time. Furthermore, physician per 1000 people is 3.3, one of the highest in the continent.

Italy has one of the most efficient and well-organized health care systems in the E.U. The country’s healthcare is ranked among the best in the world, judging by life expectancy, the general health of Italians, including equity of access and overall quality.

The country runs a regional base healthcare system called “Servizio Sanitaro Nazionale”. It offers universal coverage to residents and citizens. And public health care in the country is free.

Italy has continuously featured in the World Health Organization list of top 10 countries for quality care. Life expectancy for men and women is 82 and 86.4 years, respectively. Italy is among the countries with the oldest population in the world.

Compared to other industrialized countries, health care in the U.S. is unique. However, the country doesn’t have a uniform care system and universal coverage like most of its peers.

In terms of healthcare spending, the U.S. outperforms its peers. A whopping 17 per cent of its GDP goes to health care. The U.S. ranks high in the area of medical research systems.

Another thing that sets the country’s health care system apart is the use of expensive technologies and specialized procedures for treatments. The U.S is among the leading countries in medical technology advancement, procedure and treatment.

The country’s breast cancer screening for women aged 50 to 69 is one of the world’s highest and most efficient. It ranks second in flu vaccination for individuals age 65 years and older.

The U.S. government lowers healthcare costs for its citizens by regulating and negotiating with the key players in the sector. However, the country’s healthcare cost is still one of the highest among wealthy nations.

Spain has one of the most attractive health care sectors in the world. It runs free universal health care where citizens, including legal and illegal residents, can access health care with ease. Even tourists can benefit from the region’s free health care system.

Spain has an efficient private and public health care. But the quality of health care services in the country differs from one region to another. Spain’s top hospitals are in Madrid and Barcelona.

Spain has an impressively large number of doctors per population. It boasts 4.07 doctors per 1000 people.

A whopping 10 per cent of Spain’s GDP goes to health insurance. The country’s annual mortality rate is the lowest in the E.U. However, life expectancy is 83 years, which is one of the highest in the region.

Japan spends 10 per cent of its GDP on healthcare and has what it takes to deliver first-class health care services. The country runs a universal health care system.

The universal coverage means that Japanese and visitors living in Japan for over a year can partake in the country’s free medical treatments. This includes all foreigners and expatriates.

Japan offers one of the most affordable and efficient health care services, which is evident in the country’s long life expectancy and low infant mortality rate.

According to the Organization for Economic Co-operation and Development (OECD), women and men in Japanese have a life expectancy of 86 and 80 years, respectively. Infant mortality is 1.8 deaths for every 1000 birth, which is one of the lowest in the world.

The Netherlands has one of the best health care sectors in the world. Though it’s a universal health care system, medical treatment is of a high standard.

In the Netherlands, adults that are working or living in the country must register for compulsory private insurance. But children under 18 years aren’t mandated to pay for health insurance.

The government manages the country’s healthcare system, but private insurers supplement it. Impressively, health insurance for low-income earners is paid for via a program known as Zorgtoeslag, which is for citizens that earn €27,012 or lower.

Switzerland runs a universal health care system, regulated by its federal law on health insurance. The country offers one of the most attractive and efficient health care services among the OECD countries.

It is mandatory for everyone living in the country for over three months to get health insurance. And keep in mind that free state-provided medical services don’t exist in this country.

Another factor that sets the Swiss health care sector apart is that patients have the freedom to decide who their provider should be. Waiting time is also minimal.

It is interesting to know that Switzerland spends handsomely in its healthcare sector. The country devotes a whopping 12.0 percent of its GDP to healthcare, and this could rise in the coming years.

Established on the principles of free choice of provider, decentralization and universal access, Norway ranks high among countries with efficient healthcare services.

It runs a universal but single-payer healthcare system that’s tax-funded. Another interesting fact is that the National Insurance Scheme covers all Norwegians.

In Norway, medical treatment isn’t free. But there’s a limit to the amount one is expected to pay for health care out of pocket.

Once an individual’s spending on medical treatment reaches 2,000kr, the individual automatically qualifies to receive an exemption card. With that card, he or she will receive free treatment for the rest of the year.

The U.K. runs a state-funded healthcare system known as the National Health Service (NHS), where health care is guaranteed for everyone.

What that implies is that everything from emergency room visits and ambulance rides to complex surgical operations, down to extended hospital stay, chemotherapy and radiation are free. The government pays the bills with payroll taxes. However, this free healthcare offered via the NHS is only available to those living in the country permanently.

Private health insurance is also an option. With it, you can get access to better medical facilities, access to a specialist of choice and enjoy minimal waiting time. The country has 2.81 physicians to 1000 people.

German’s healthcare system is highly visible, affordable and efficient. And there’s little or no waiting time for patients to get diagnostic tests or elective surgery done.

With a massive amount of national funds spent on health care and a reasonably high number of doctors, Australia ranks high in the most efficient health care countries in the world.

Australia spends 20 percent of its GDP on healthcare, which is dubbed to increase in the coming years. It boasts 6 physicians per 1000 population.

The country’s healthcare system is in two parts: the private and the public healthcare systems. And since 1984, the universal health insurance scheme of the Commonwealth Government has been Medicare. This gives Australian residents easy access to free medical care in public hospitals.

Almost every Canadian has a primary healthcare doctor. In Canada, permanent residents and citizens can register for public health insurance, which isn’t mandatory. But having this health insurance means you can get most medical services for free.

In Canada, all territories and provinces provide free emergency healthcare services to patients, irrespective of whether you possess the government health card or not.

Life expectancy is 80 and 84 years for male and females, respectively. There are 2.61 physicians to 1000 people in Canada.

A nation grows economically and otherwise when it has a healthier population and workforce. That’s why most developed countries are devoting a greater percentage of their GDPs on healthcare. Today, many of these countries provide quality, affordable and accessible healthcare services to their citizens and residents.

So these are the top healthcare countries in the world. You can share your thoughts in the comment section below.

Ways Of Coping In The Aftermath Of Trauma

David Huner is a health and fitness expert who has been writing on health and fitness related topics for a long time now. He is always careful about his own health and helps others to keep themselves fit as well. With his long term experience in writing health and fitness articles, he started this blog. So keep reading and get perfect tips and tricks regularly. He has written two ebooks and published on Amazon Kindle as well. Here are they: Happy Life Happy Career and Thoughts Create Reality