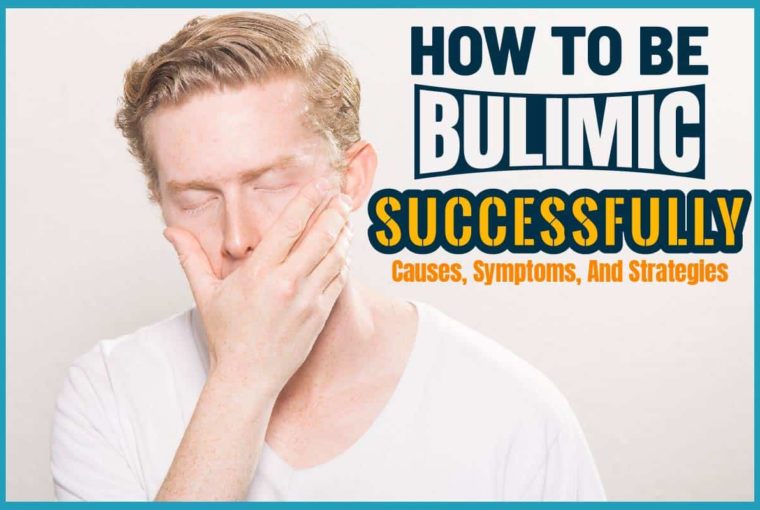 Bulimia is an extreme condition caused primarily due to body-related insecurities and involves manipulating the role of food. Exploiting the intake and natural course of food is a common act of Bulimic patients.

Although Bulimic activities cause weight loss initially, it worsens the patient’s health, both mentally and physically, over time. So, it is ideal to know about it.

Now, how to be bulimic successfully?

As Bulimia is a disorder, it’s quite difficult to deal with it. But with some strategies and treatments, you can successfully overcome your bulimic state. As the first and foremost step, you should seek therapy. After achieving some results there, you should focus on enriching your dietary plan.

Bulimia, scientifically known as Bulimia nervosa, is an eating disorder. It is a psychological state that causes one to consume an abnormal amount of food within a short period of time.

Bulimia is a serious condition and can even be deemed life-threatening. It not only involved acts of severe eating but also taking extreme measures to remove the food consumed by the body.

Although the exact cause of Bulimia has not been discovered yet, there are many near accurate speculations. The probable causes of the disorder are:

Bulimia is most commonly found in young teens and youths, mostly women. Many people in this age group suffer from body and image insecurities, which leads to eating disorders like Anorexia and Bulimia.

Eating disorders from close relatives are often passed to people. This suggests that genetics may play a role in this issue.

Many harmful diet methods include acts causing Bulimia. These acts of bingeing and purging only push people towards the disorder.

Other than image issues, other psychological issues like stress, anxiety, depression, etc., can cause this disease as well.

There are innumerable symptoms of Bulimia. Here are some common ones:

The primary symptom of Bulimia is abnormal eating. Individuals consume a large amount of food over a short period. Moreover, to undo that, they take measures like voluntary vomiting, consuming laxatives, etc.

Since the food is not being consumed in the proper way, the nutrition from it does not reach the body. Again, self-induced extremities cause an imbalance in the body. All this leads to dehydration and weakness.

People suffering from Bulimia are constantly complaining about their appearance and are extremely self-aware.

Bulimia can lead people to episodes of stress, anxiety, and depression.

Over-exercise is less of a symptom and more of a warning in the case of Bulimia. Not all Bulimic patients do over-exercise, and not everyone who over-exercises tends to have the disorder.

Voluntary vomiting can cause dental problems like discoloration, decay, or damage of teeth.

Besides these, there are many other symptoms of the disorder that can vary from person to person.

We have already mentioned earlier how dangerous the disease of Bulimia is. However, it is completely curable. Studies have shown great results, and many patients have been able to recover to complete health.

By taking a few approaches, you can deal with this disorder. Here are some strategies to follow if you want to tackle Bulimia successfully:

Since Bulimia is related to mental health issues, the first step would be to seek psychological help. It can either be done by consulting a psychiatrist or a therapist. It is better to get properly diagnosed first and then take therapy.

Meal plans need a complete overturn in the case of Bulimics. Slowly, they have to adjust to a normal eating plan. But before that, a special plan should be introduced to improve their health.

Strategy 3: Working to Heal Your Body

If you have been suffering from Bulimia, the chances are that your body has been suffering as well. To gain a healthy physique, you have to intake healthy food, perform exercises, and form a healthy lifestyle.

Although medication is not always needed, in cases of extreme psychological issues, it is provided. Medication does not necessarily treat Bulimia but the issues that come along.

Strategy 5: Obtaining Support in the Process

The process of overcoming Bulimia is one that is hard to do without support. Whether it be from your family or friends, don’t hesitate to accept support.

1. So How Come Bulimia Weight Loss Strategies Work Initially And Then Stop?

Bulimia weight loss strategies only work for a while and stop later because it is an abnormal process that goes against the laws of nature. In the long run, Bulimic actions cause more harm than good.

2. What happens in the Bulimic brain when stressed?

Bulimia affects the brain in several ways. When stressed, the Bulimic brain reacts adversely to food. Besides, it can also cause the patients to judge their appearance harshly.

3. How is Bulimia nervosa diagnosed?

Bulimia nervosa can be diagnosed by keenly observing the symptoms. Observing the cycle of food consumption is the first step of diagnosis. Besides, other behavioral aspects are also considered.

4. How is Bulimia nervosa treated?

Bulimia nervosa is treated through psychotherapy, medications, dietary plan changes, and building a support system. Since the exact cause of the disease has not been pinpointed yet, there are many areas of treatment.

Yes, Bulimia can prove to be fatal. It can psychologically suffocate the patients and physically damage them at the same time.

No matter how dangerous the disease of Bulimia is, there are ways to overcome it. After knowing how to be bulimic successfully, we hope you have learned everything it takes to fight against the disease.

Successful bulimic behavior includes the will to battle against it. Therefore, do not give up!

How To Comfort A Friend That’s Been Diagnosed With Cancer 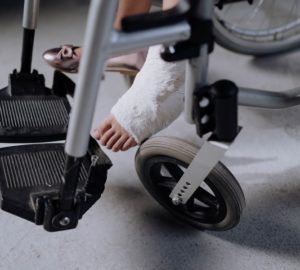